Yuma Golf and Country Club is the only private golf facility in the Yuma area offering its membership the finest in golf, tennis, swimming and dining amenities all in one place. Yuma Golf and Country Club is in the town of Yuma, Arizona located in a pristine and tranquil location just west of the city's airport off 32nd Street. We provide a full range of services at our facility, including dining amenities, social programming for members or guests, a practice area with full driving range, practice putting green, chipping green, video equipment for golf swing analysis, and a fully stocked golf shop.

Established in 1950, Yuma Golf and Country Club strives to enrich the lives of its members by providing a unique golfing experience, along with other exceptional recreational and social activities that foster friendship within a private, member-owned setting. The clubhouse offers unique formal elegance with a casual environment that's perfect for both business and social needs. Our exquisite banquet facilities provide the perfect setting for weddings, parties, celebrations, special events, and family gatherings. The club is also available for corporate and charity golf tournaments, business meetings, organization banquets, as well as weddings to those who are non-members. With a variety of member types, from families to singles, the Yuma Golf and Country Club provides a great value to every member! 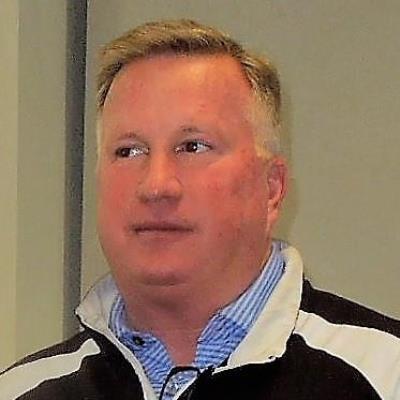 TK Matthews is currently the General Manager at Yuma Golf and Country Club.  He was born in Yuma and raised in Arizona.  He graduated from Round Valley High School in Eagar, Arizona.  After high school, he attended the Air Force Academy where he played on the Division 1 basketball team and had hopes of becoming a pilot.

TK has been a PGA member since 1991.  He was twice awarded the Southwest Chapter PGA Horton Smith award for his work in education.  He is married to Jane who is a chef.  His son Michael is a graduate of Florida Gulf Coast University and earned his Masters Degree at UNLV.  He currently works for the Las Vegas School systems as a psychologist.